Reiman's Harley-Davidson® in Kewanee, IL treats the needs of each individual customer with paramount concern. We know that you have high expectations, and as a Harley-Davidson®dealer we enjoy the challenge of meeting and exceeding those standards each and every time. Allow us to demonstrate our commitment to excellence!

Our experienced sales staff is eager to share its knowledge and enthusiasm with you. We encourage you to browse our online inventory, schedule a test drive and investigate financing options. You can also request more information about a motorcycle using our online form or by calling (866) 777-9377.

Roger Reiman was one of the top competitors on the AMA Grand National circuit in the early-to-mid 1960s. He was known as one of the top road racers of his time. Reiman won the AMA Grand National Championship in 1964. The resident of Kewanee, Ill., will always be remembered as the rider to win the first Daytona 200 held at Daytona International Speedway. He also won the race in 1964, the first year the motorcycles used the high-bank portion of the famous speedway. Reiman ultimately won the Daytona 200 three times. Sadly, it was at Daytona where Reiman met an untimely death in a track accident while practicing for a racing legends event on March 4, 1997. 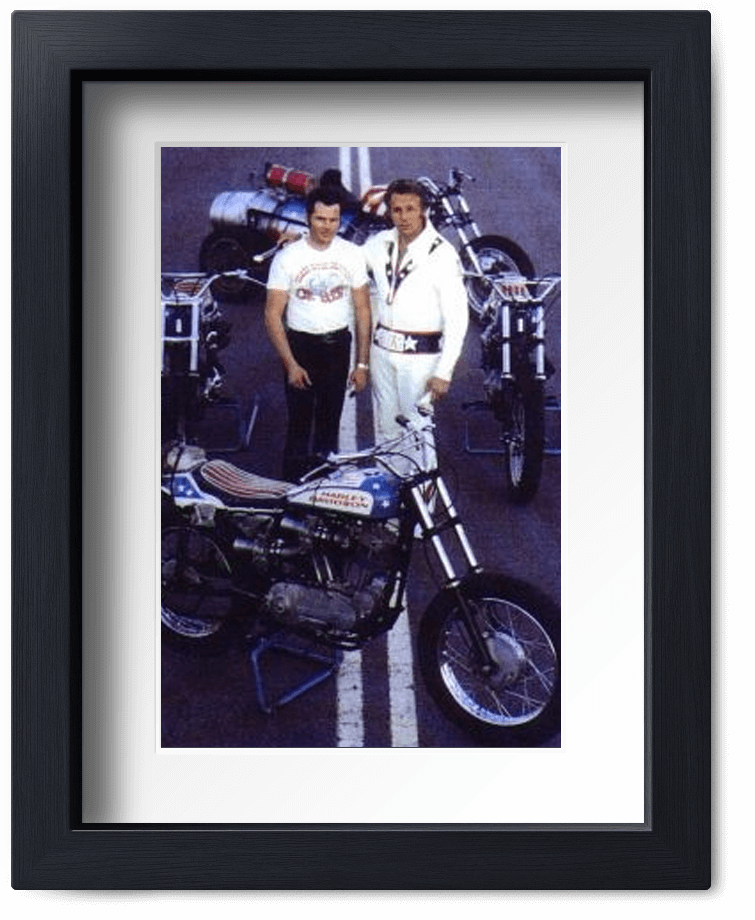 Reiman was born on Sept. 11, 1938 in Wisconsin Rapids, Wis. His father, Henry, was a former AMA hillclimbing champion. Henry and his wife Mary opened a Harley-Davidson dealership in 1947. Roger and his sister, Shirley, began riding at ages nine and 10, respectively. As a teenager Reiman started racing in scrambles events and quickly earned his amateur racing license. In 1958 Reiman qualified for his very first AMA Grand National race and finished sixth at the Peoria (Ill.) TT. The next year he entered his first Daytona 200 and ran with the leaders until breaking a chain. Reiman led the last race on the beach course in 1960 before his bike's gas tank began leaking. Reiman would go on to be one of the all-time greats in the 200, racing in the March classic a total of 16 times. 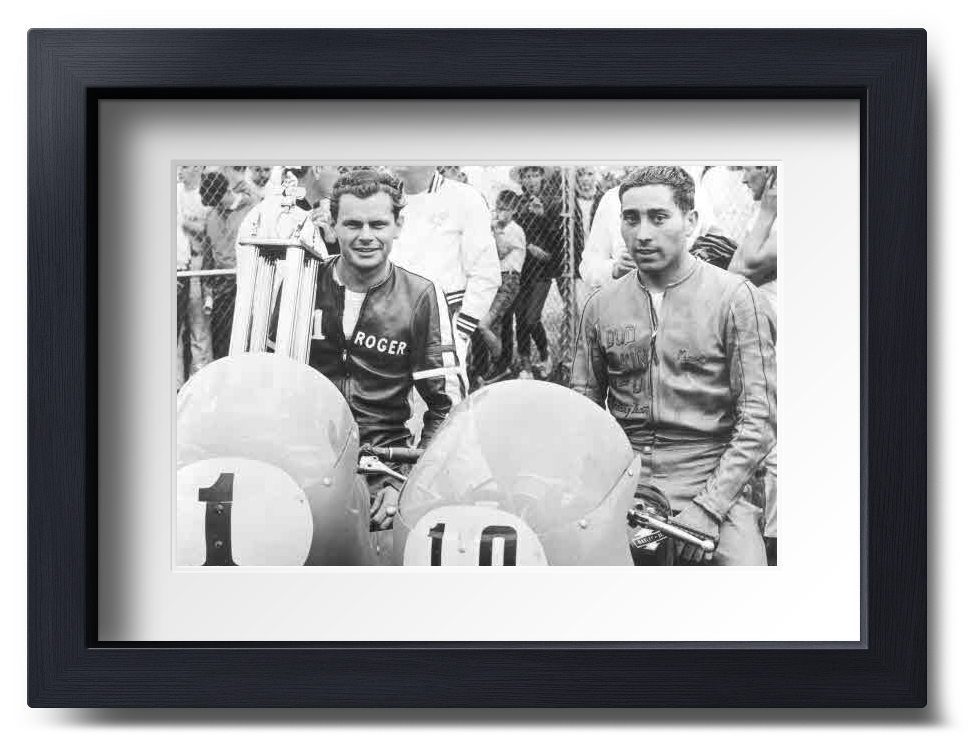 Roger Reiman and Mert Lawwill posing for the camera following a race (probably the Daytona 200.) Reiman holds his trophy.

In June of 1960 Reiman began to show his prowess on road courses when he finished third at Laconia, N.H., road race, his first national podium finish. In March of 1961 the Daytona 200 moved to Daytona International Speedway. AMA officials considered the high banks dangerous for motorcycles so an agreement was made with the speedway to use the two-mile, six-turn infield road course. Reiman showed early on that he would be a rider to reckon with by winning the pole position with a speed of 72.31 mph. After battling national champ Carroll Resweber and Triumph rider Don Burnett in the early laps, Reiman pulled away to a convincing win. It was not only Reiman's first Daytona victory, but his first AMA national win. For winning the 200, he was a guest of NBC's "Today" show and was given a parade and key to the city from his hometown of Kewanee. By the end of the season Reiman broke into the top 10 in the final Grand National point standings (seventh) for the first time.

In 1962 and 1963 Reiman earned a slew of top-five finishes and finished both years ranked top 10 in the series standings.

Reiman's championship 1964 season started off with a bang by winning his second Daytona 200. By the end of the season Reiman tallied an incredible 14 top-10 finishes in a 17-race season to earn the national title. That season included a short-track national win at the famous Santa Fe Speedway near Chicago. It turned out to be Reiman's only national victory other than his Daytona wins.

In 1965 Reiman won the only Daytona 200 to be run in the rain. The wet and gusty conditions made the going extremely treacherous. Reiman's smooth riding style worked perfectly in such conditions and he joined Dick Klamfoth and Brad Andres as three-time winners of the 200. That record held until 1997 when Scott Russell won his forth Daytona 200. Reiman continued racing in the Daytona 200 until 1974, but was never able to finish better than fourth although he won the pole in 1968.

In 1970 Reiman was given the responsibility of running the family-owned dealership and scaled back his racing schedule. He also became the head mechanic for famous motorcycle showman Evel Knievel. Which then became known as the Evel Era. Roger and Evel traveled the world together doing jumps, shows and even TV advertisements. Roger became one of only 3 in the History of Harley-Davidson to be awarded the "Tuner Award". This award to this day is consider as the Harley-Davidson Hall of Fame for engineers and tuners 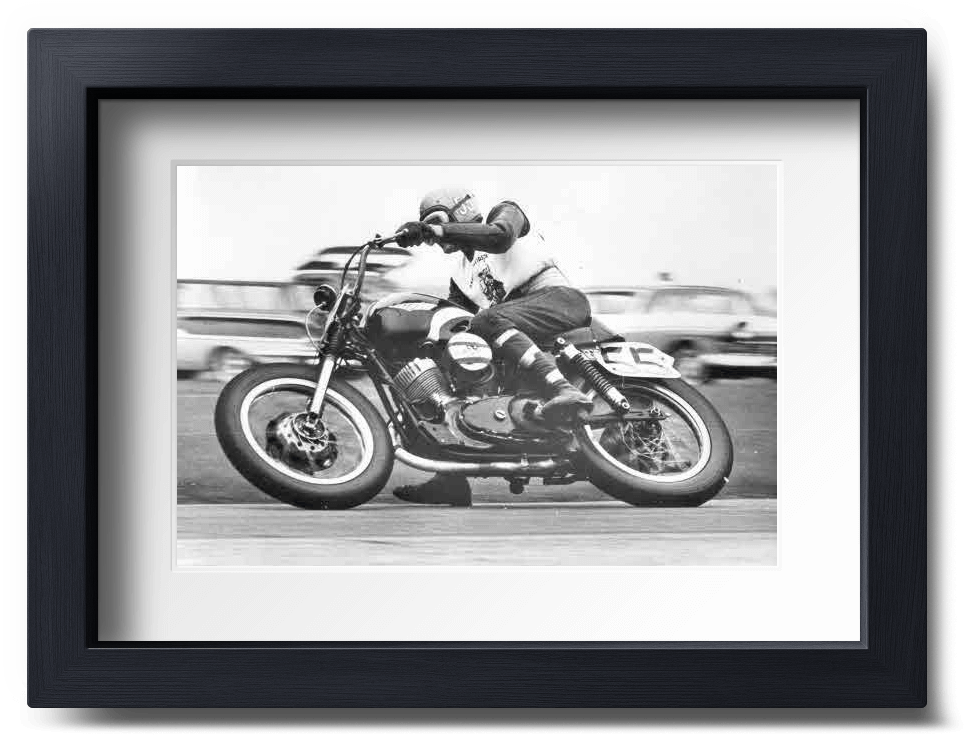 While he retired from the AMA Grand National Series, Reiman never completely retired from racing. He continued in vintage racing throughout the 1980s and '90s. At age 45, Reiman came back to pro racing at Daytona in March of 1984 when he raced in the AMA Battle of the Twins Series. Reiman finished a very credible fourth in his return against a slew of young riders. He scored a podium result later that year and ended the 1984 Battle of the Twins ranked ninth, even though he raced in only two rounds. In 1985, he improved to eighth in the series and in 1987, just shy of being 50 years old, Reiman scored a podium finish in the Battle of the Twins race at Road America in Elkhart Lake, Wisconsin.

He later competed successfully in the Daytona races of the 883 series through the 1995 season.

After the passing of Roger, Dennis Packee lifelong friend of Roger Reiman took over the ownership and operations of the dealership. In late 2001 after 9/11 Reiman’s Harley-Davidson made it a standard to store any motorcycle that belonged to anyone in our Military who was Serving Overseas or entering into the military. In June of 2015 a letter wrote from Dennis Packee to a service members wife, letting her know we would gladly store the motorcycle for free until his return to the states. After the letter went viral Reiman’s Harley-Davidson became the foundation for what is now a standard in almost every Harley-Davidson Dealership in America.